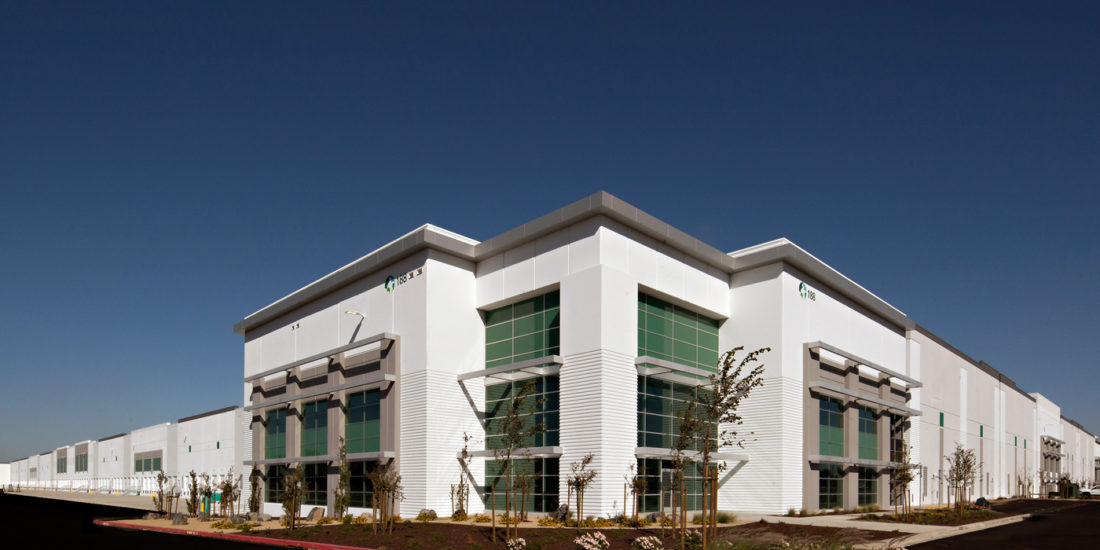 The International Park of Commerce is a fully entitled, 1,800-acre master-planned industrial development in Tracy. At full build-out, IPC will be one of California’s largest industrial parks.

Kier + Wright provided extensive land use planning services for the development, prepared infrastructure master plans for the project area, and provided subdivision mapping services needed to develop the project area. To support the ongoing design and construction of IPC, Kier + Wright has prepared plans for more than $130 million of constructed public infrastructure and has provided site-specific civil engineering plans for the construction of nearly 10 million square feet of industrial space. Here is a look at some of the latest progress.

IPC is included within the Cordes Ranch Specific Plan, a City of Tracy land use plan consisting of industrial space, commercial and office space, land for park and recreational use, and extensive street and utility infrastructure. As the lead engineering consultant during the development of the Cordes Ranch Specific Plan, Kier + Wright prepared maps, calculations, studies, construction cost analyses, and preliminary infrastructure design published in the land use plan. Kier + Wright worked closely with the planning architect, environmental and traffic consultants, and the City of Tracy to develop the infrastructure cost-sharing program and the sustainable design measures described in the plan.

Approvals associated with the specific plan included a City resolution to annex Cordes Ranch, a nearly 1,800-acre area of San Joaquin County land that was outside of the City of Tracy’s boundaries. Kier + Wright prepared the boundary description and mapping exhibits used in the City of Tracy’s annexation proposal and provided the County with the final annexation map.