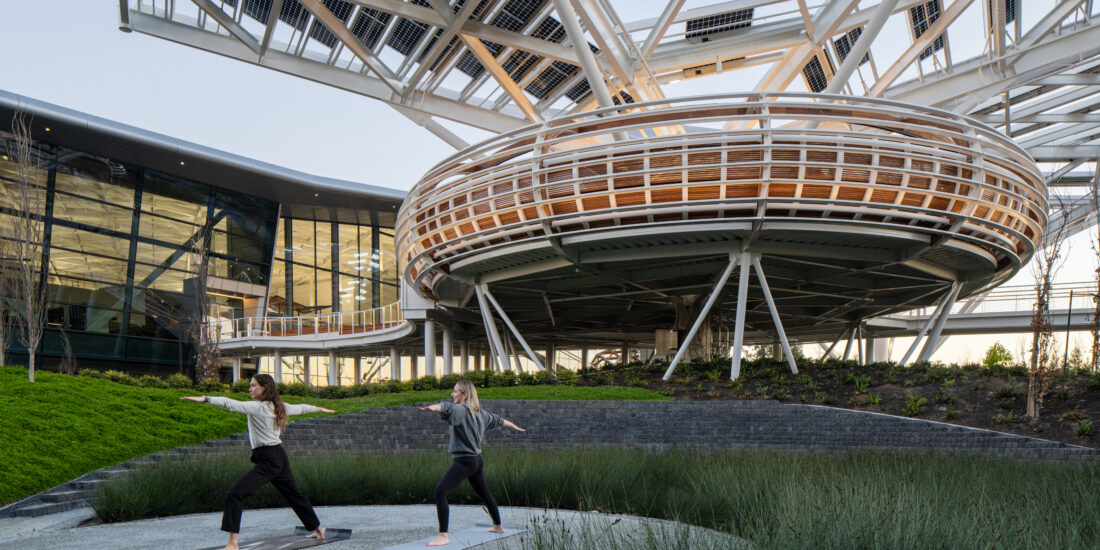 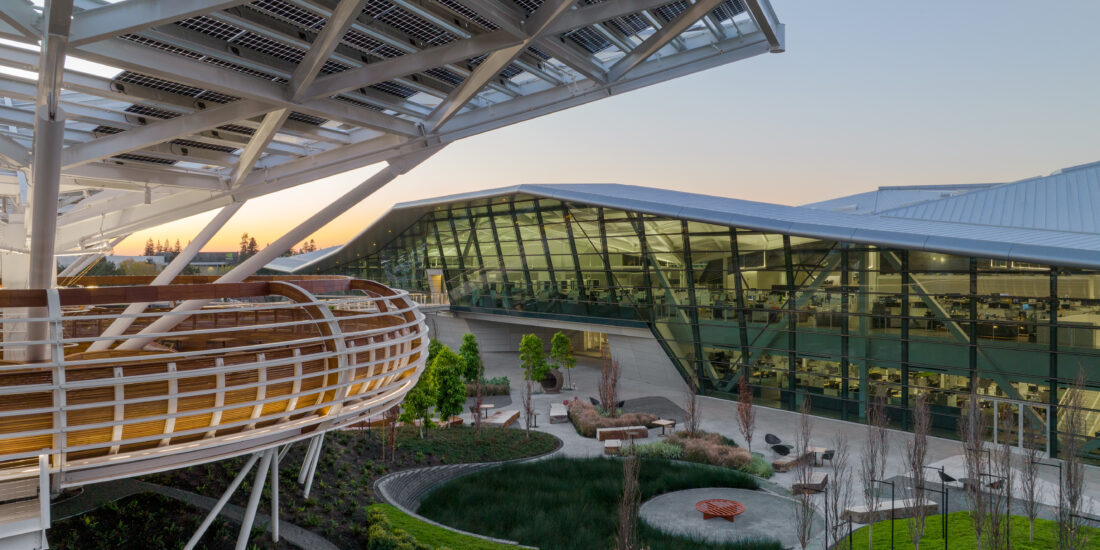 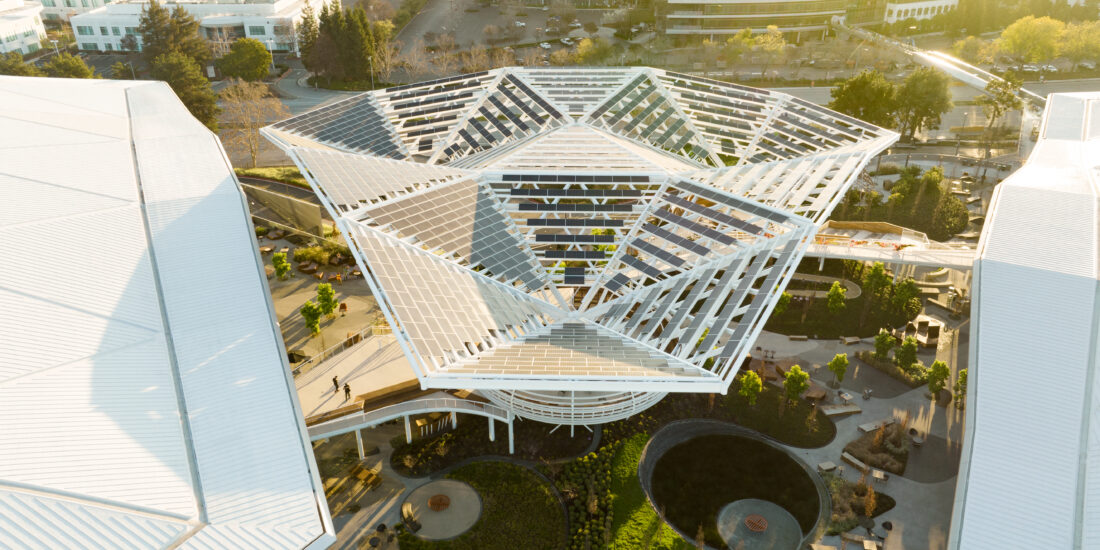 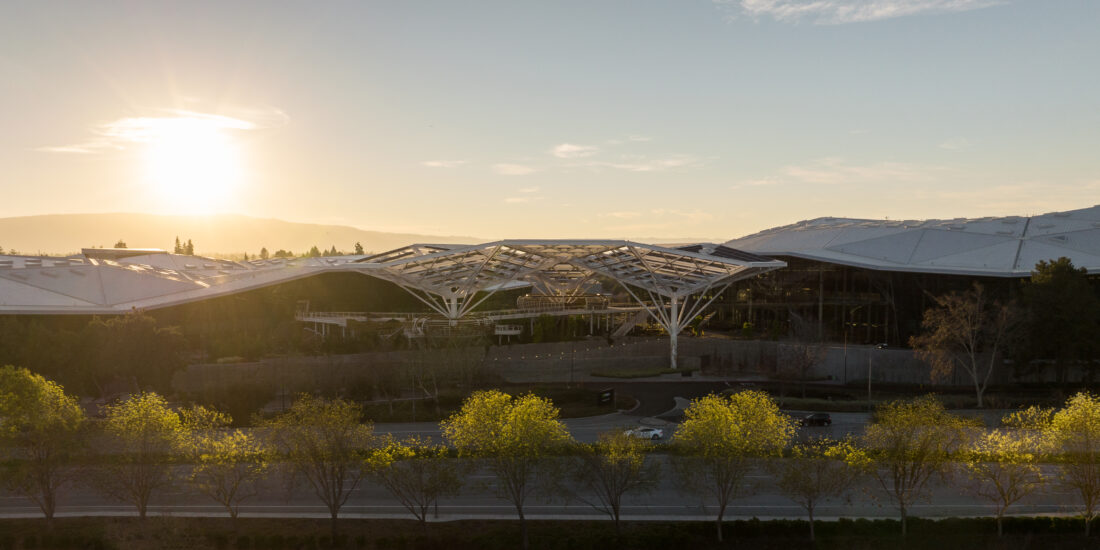 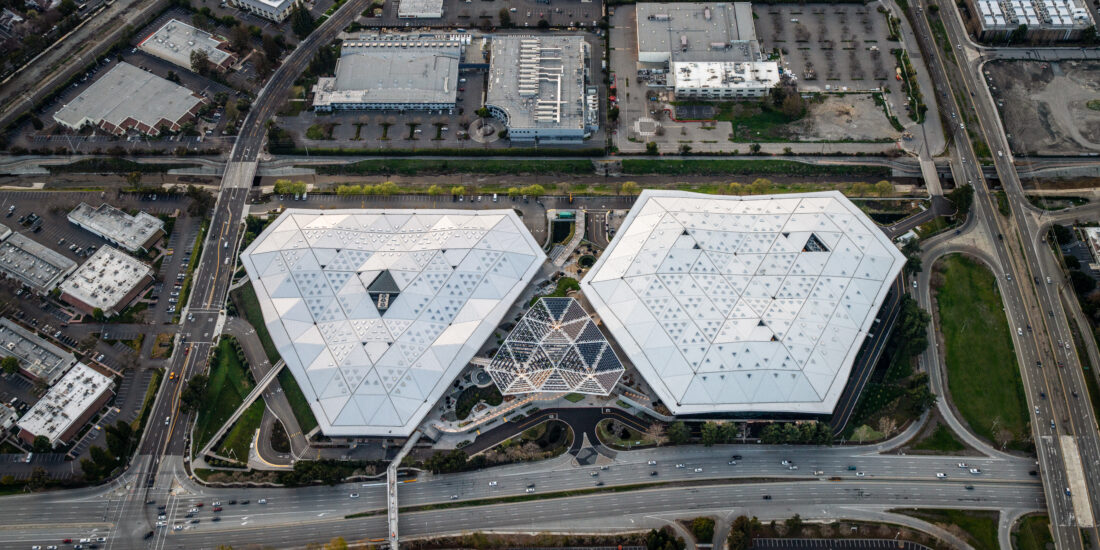 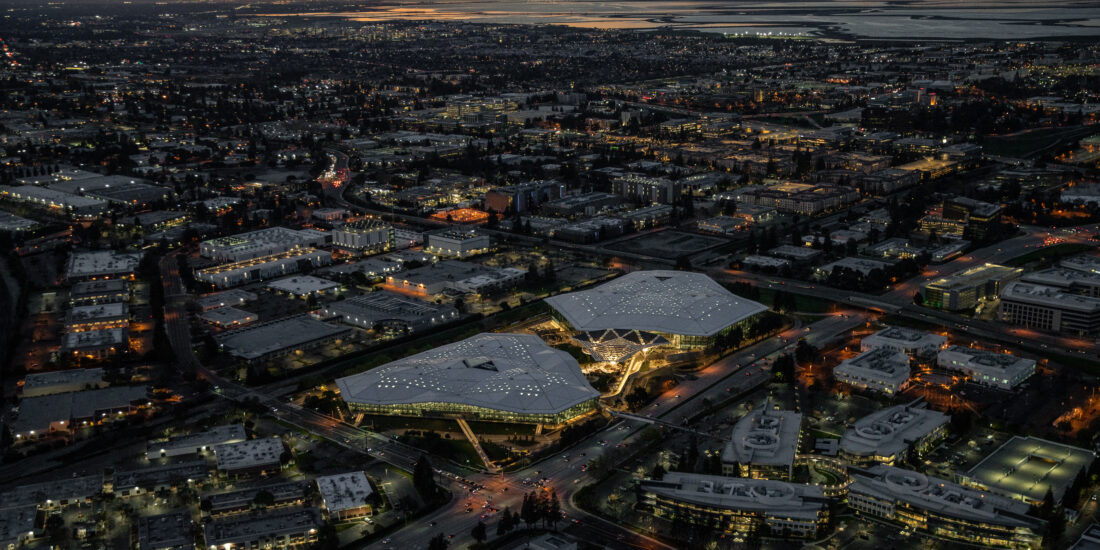 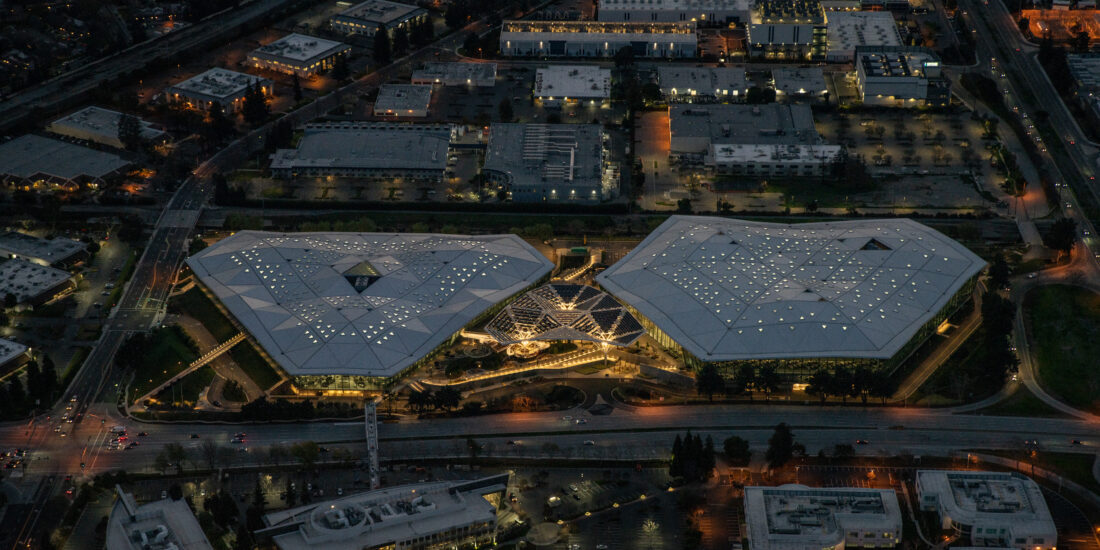 NVIDIA's newest addition to their headquarters, deemed Voyager, shares its wild, distinctly NVIDIA design inspired by the Pacific Northwest’s lush, mountainous terrain. The 750,000 sq ft building is designed to give employees an enjoyable and collaborative place to work.

During the development of plans and during construction, Kier + Wright worked closely with NVIDIA, the general contractor, and the City of Santa Clara to ensure that public infrastructure was maintained while existing utilities were relocated, and new utilities were constructed.

During the first phase of this corporate campus, Endeavor, K+W minimized the amount of rework that was done to coordinate and plan for the second phase, Voyager. The biggest challenge faced was modifications to the Endeavor project, specifically the locations of the biotreatment ponds that were relocated to the courtyard located between these two projects. K+W relocated four biotreatment ponds that were engineered for Endeavor, and seamlessly integrated them into the courtyard between these two campuses for an optimal approach that would work for both Endeavor and Voyager. These modifications were accomplished by having high levels of communication and coordination with NVIDIA, the City of Santa Clara, and the rest of the project team.

The integration of biotreatment ponds, zero harvesting or infiltration throughout the project helped contribute to Voyager's LEED Gold certification.

K+W also designed and implemented a retaining wall around the site to help minimize the project’s earthwork. This helped save the client money and raised the site to reduce the exported dirt.

Expansion was designed with the vision and goal for future expansion while creating a cohesive campus that encourages collaboration inside and outside as well as employee health and wellness through sustainable features.