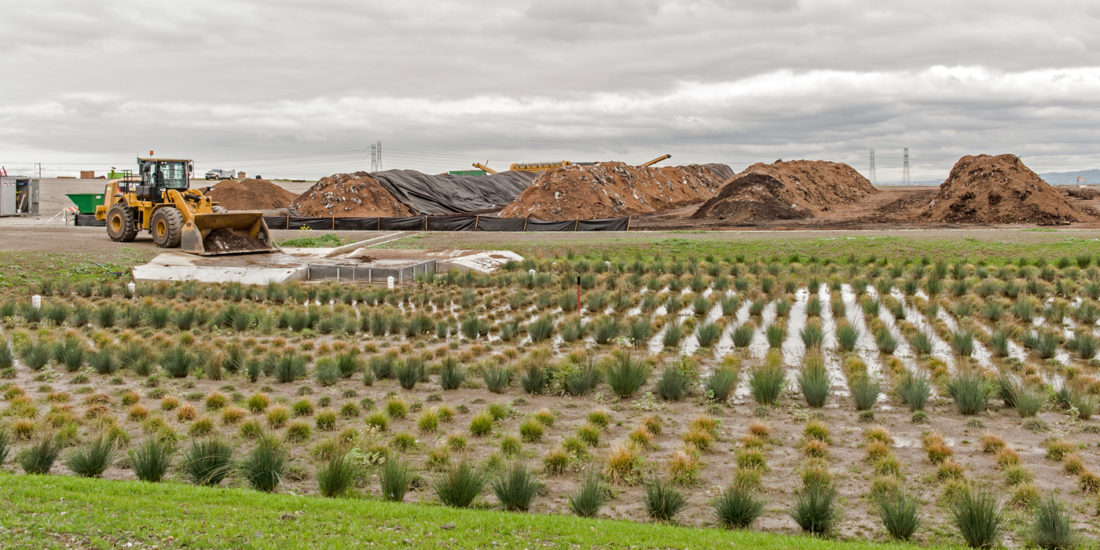 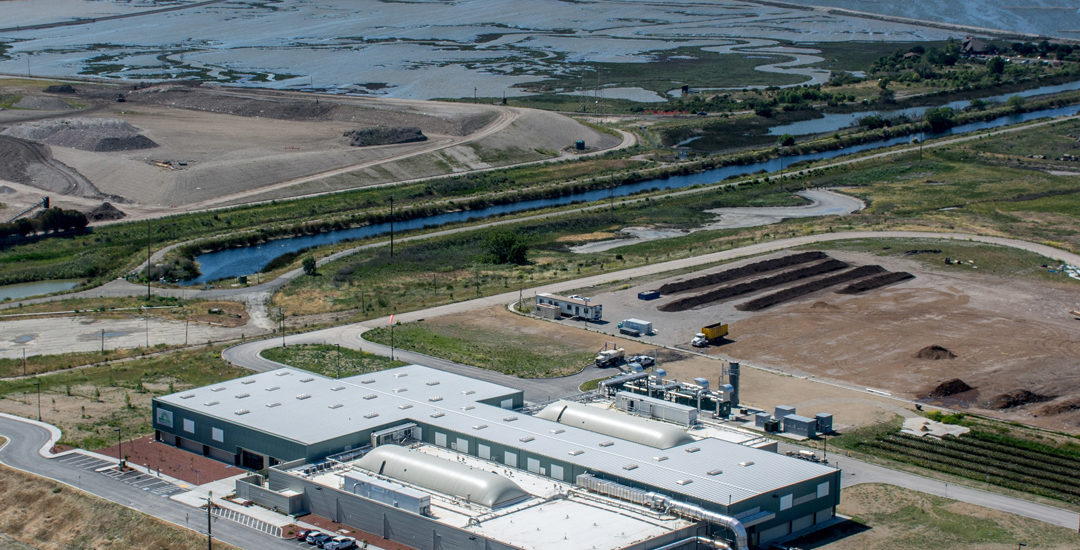 Zero Waste Energy’s Phase I facility is an 82,000-square-foot dry fermentation anaerobic digestion (AD) facility that uses organic waste collected from businesses in San Jose to generate compost and renewable power. Kier + Wright provided planning services, land surveying, on-site and off-site improvement design, and staking for the construction of the project. The facility was the first of its kind in the United States and at the time of its construction, was the world’s largest dry AD facility.

Kier + Wright was the lead consultant during the preparation and submittal of the development’s Special Use Permit application, which included preliminary designs for the AD facility site and two future phases. Kier + Wright prepared master utility and grading plans for all three phases.

To make use of evolving AD processing equipment technology without delaying construction of the Phase I facility, the client elected to move forward with site design before the facility’s processing equipment design was finalized. Kier + Wright efficiently redesigned sitework several times to accommodate equipment layout changes that affected the building size and site plan.

The facility is constructed on a closed landfill at the southerly edge of the San Francisco Bay. This unique location was subject to challenging site constraints, requiring specialized design solutions to provide the grading, drainage, utilities and stormwater treatment needed to support the development.

Due to the expected compression of buried trash beneath the development, surcharge grading was needed to compact the fill beneath the building prior to construction. To avoid the risk of flooding from the bay, mass grading was required to elevate the building by approximately 15 feet. In total, Kier + Wright provided grading design for 130,000 cubic yards of earth movement.

To comply with storm drain capacity limitations on Los Esteros Road, Kier + Wright designed drainage and piping systems that split drainage between different areas. Drainage of the westerly portion of the site was directed into the adjacent wetlands, requiring the preparation of a detailed stormwater management plan to provide treatment prior to discharge. Kier + Wright designed a 17,000-square-foot biotreatment pond that treats drainage from the AD facility and compost curing area.