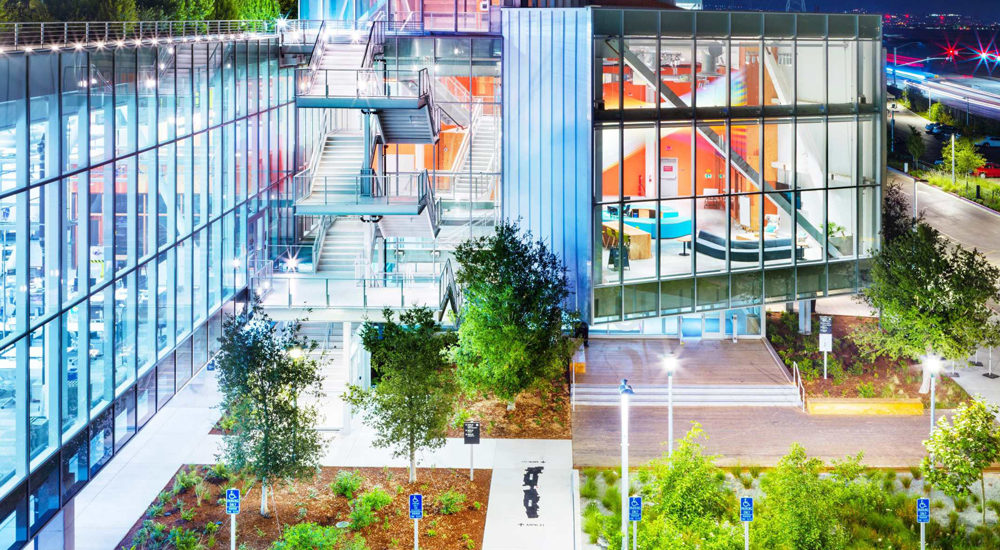 Kier + Wright has designed extensive on-site and off-site improvements for developments within Facebook’s West Campus, an ongoing expansion of Facebook’s corporate headquarters in Menlo Park. The MPK 21 development is a 24-acre portion of the West Campus that includes a 500,000-square-foot, LEED Platinum-certified office building with a green roof. Kier + Wright provided civil design and surveying services to support the planning and construction of MPK 21 and its associated off-site improvements.

The development was notably built in only 18 months. Planning and design proceeded on an accelerated timeline to accommodate Facebook’s building occupancy schedule. Kier + Wright prepared several construction-level engineering packages that helped allow the project to begin construction prior to formal building permit issuance.

MPK 21’s proximity to the San Francisco Bay added complexity to the design of site work. To avoid risk of flood damage, the building and finished floor are raised to clear the FEMA base flood elevation and the 50-year sea-level rise elevation. Its utilities are installed within the groundwater. Kier + Wright prepared buoyancy calculations to confirm that all wet utilities would remain securely in place and resist the effects of the groundwater at its existing depth and at the depth anticipated given the 50-year sea-level rise.

The LEED-certified building features a recycled water system designed to reduce annual water use by an estimated 17 million gallons. An Aquacell system inside the building treats and filters blackwater to be safely re-used in irrigation and in the building’s toilets. Kier + Wright’s utility plans included a dual sanitary sewer system with shut-off valves that ensure that any untreated blackwater would properly route to the City’s sewer system in the event of a failure or overload of the on-site system.

Kier + Wright has also provided engineering and surveying services for the planning and on-going construction of MPK 22, an additional West Campus development that includes an office building, a multi-level parking garage and a public park.