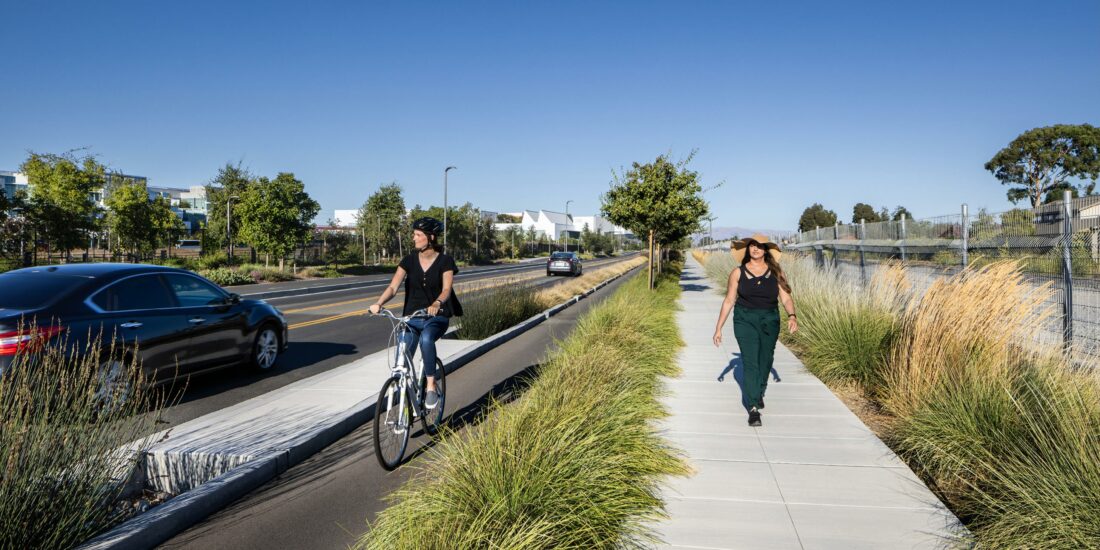 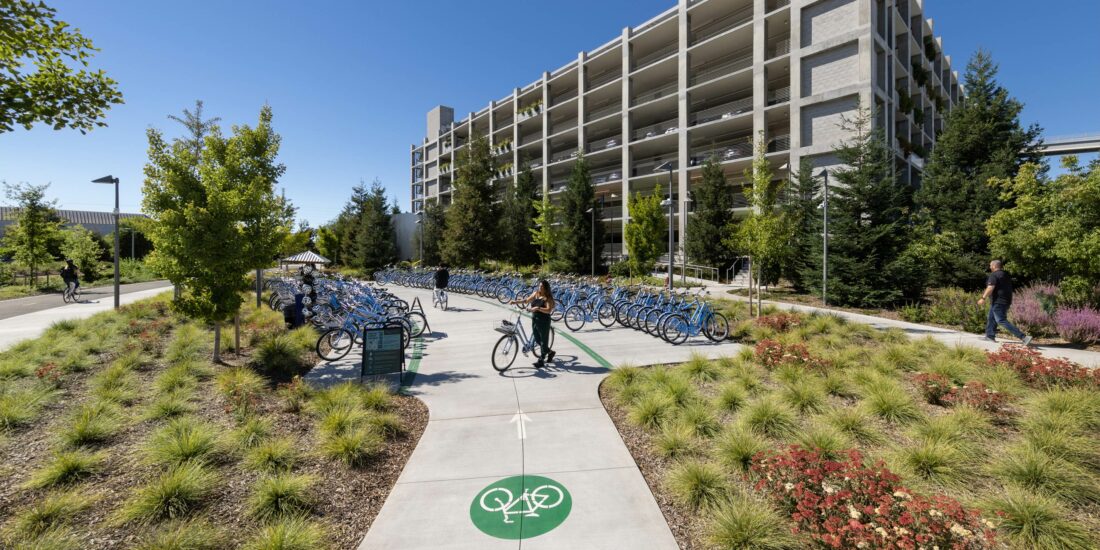 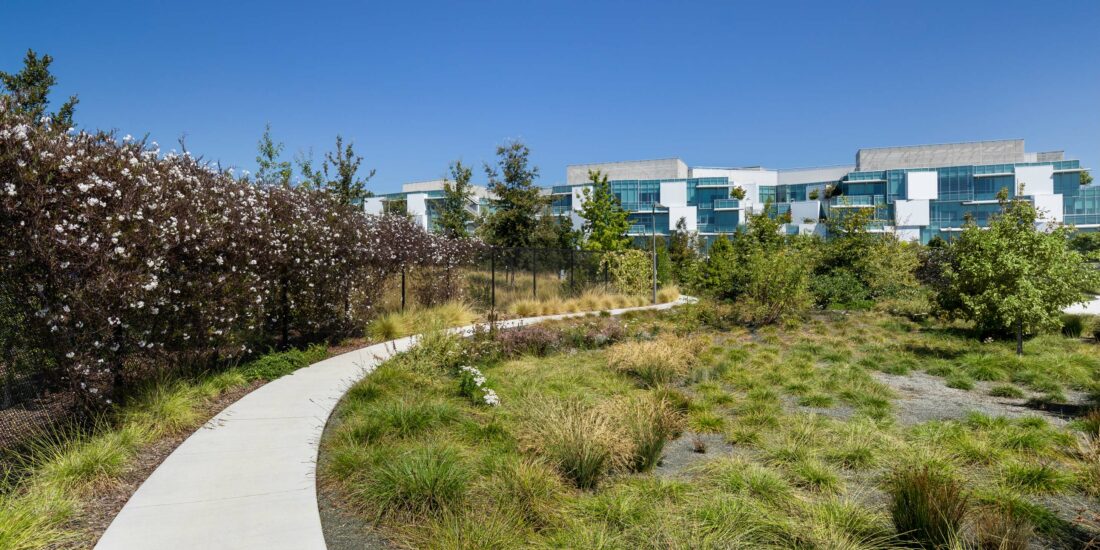 Kier + Wright was enlisted by Facebook to design extensive on-site and off-site improvements for the next development within Facebook’s West Campus, an ongoing expansion of Facebook’s corporate headquarters in Menlo Park. The MPK 22 + Park project, which follows the recently completed MPK 21 project, consists of abatement and demolition of a 457,000-sf office building, a pedestrian sky walkway, an eight-story parking garage, a newly designed public park and offsite infrastructure work. K+W was instrumental in working alongside Meta, Truebeck Construction and Gehry Partners to help keep the MPK 21 campus running during the construction of the MPK22 project.

The four-story LEED-Platinum certified building was designed to include collaborative office spaces, conference areas, four full-service cafeterias and an outdoor rooftop space. The interior of the building consists of several neighborhood work team communities and various terrace areas that are built directly into the building.

On the second level of the east end of the office building, stands a pedestrian sky bridge that connects the new building to the MPK 21 campus. Kier + Wright provided design services to help finalize the middle of Facebook’s West Campus and make the surrounding buildings and amenities more accessible.

The entrance to the new site consists of a 570,000-sf, eight-story parking garage which supports 1,750 parking stalls with over 60 electric vehicle charging stations and one level of partially subterranean parking. Large landscape planter boxes are installed throughout the parking garage to help link the structure to the surrounding landscape.

The last component of this project includes a Public Access area which is dedicated to the City of Menlo Park for public use. The park includes many open spaces, pedestrian walkways, bus circulation features and intricate landscaping.

K+W worked with the phasing of the project and provided a requested timeline for project completion, demolition of the existing areas and installation of utilities and other surface improvements. K+W’s off-site scope included design and installation of 1,100-ft of 60in storm drainage that will act as required storage capacity for the site to work hydrologically and meet the requirements from the City.